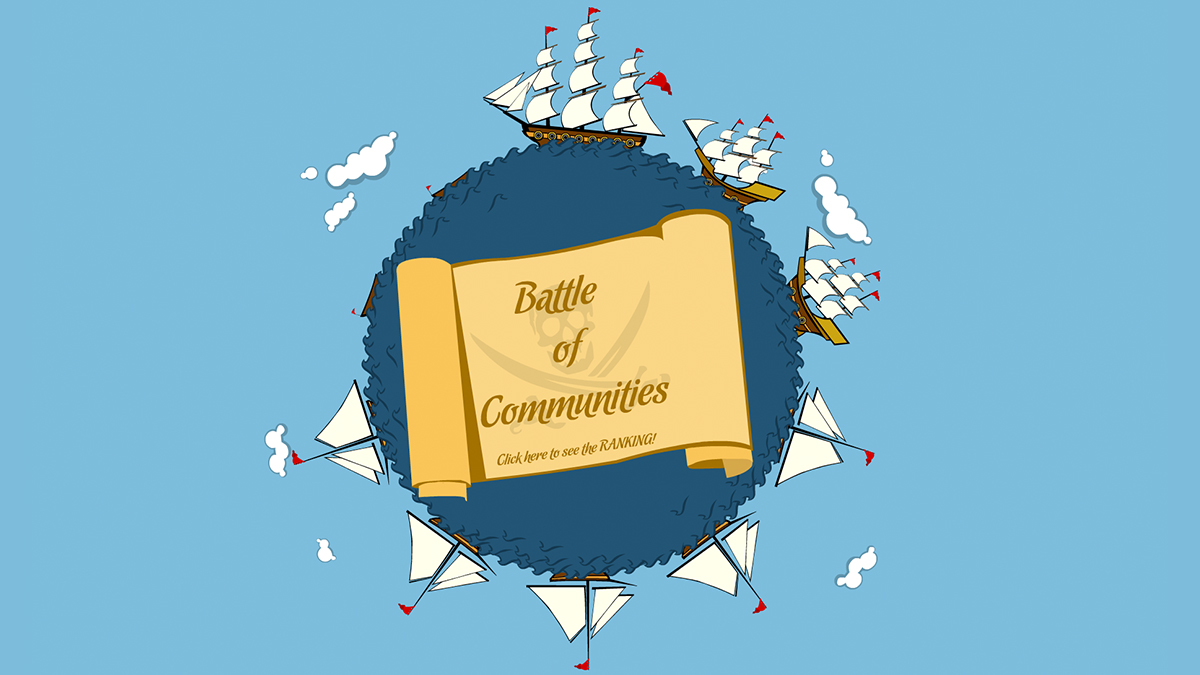 In August 2011 the first edition of Barcelona Developers Conference was in process but we needed the most important ingredient for our final soup, developers

Inspired by the venue's theme, Barcelona Maritime Museum, I decided to create Battle of Communities, a 'Pirate-Themed' ranking were each ship represents a community of developers, the more participation from a community to the event, the bigger the ship. But how would I associate the size and the position of the ship with a ranking position?

Every time a developer submitted a session to the call 4 papers they were also asked a few questions regarding programming language and their community. Using Drupal autocomplete field I avoided possible redundant values in the database.

Once a paper was submitted or modified a Drupal hook updated the resultant JSON which represented the final ranking. When a visitor opened a ship profile, this info was shown

The project was sketched and designed in Adobe Illustrator, but mainly developed animated and programmed with Adobe Flash. As mentioned before the Flash file loaded a JSON from the server, which was updated with the information provided by each user when registered, when submitting a paper to the conference or when voting up or down 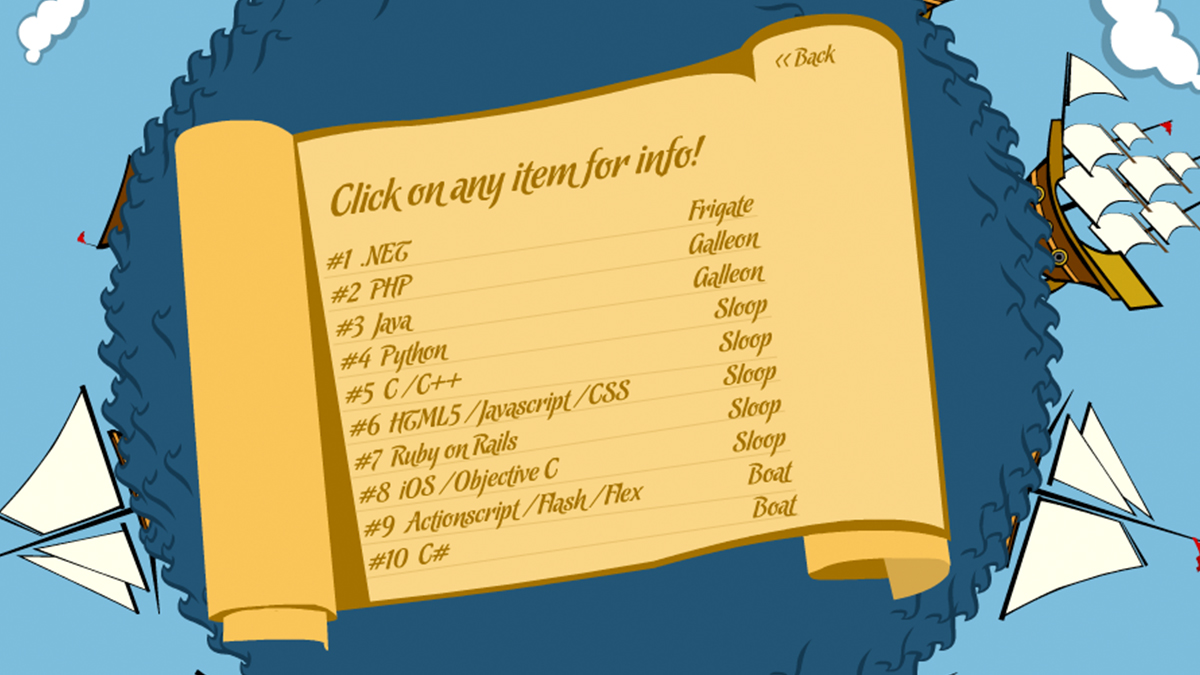 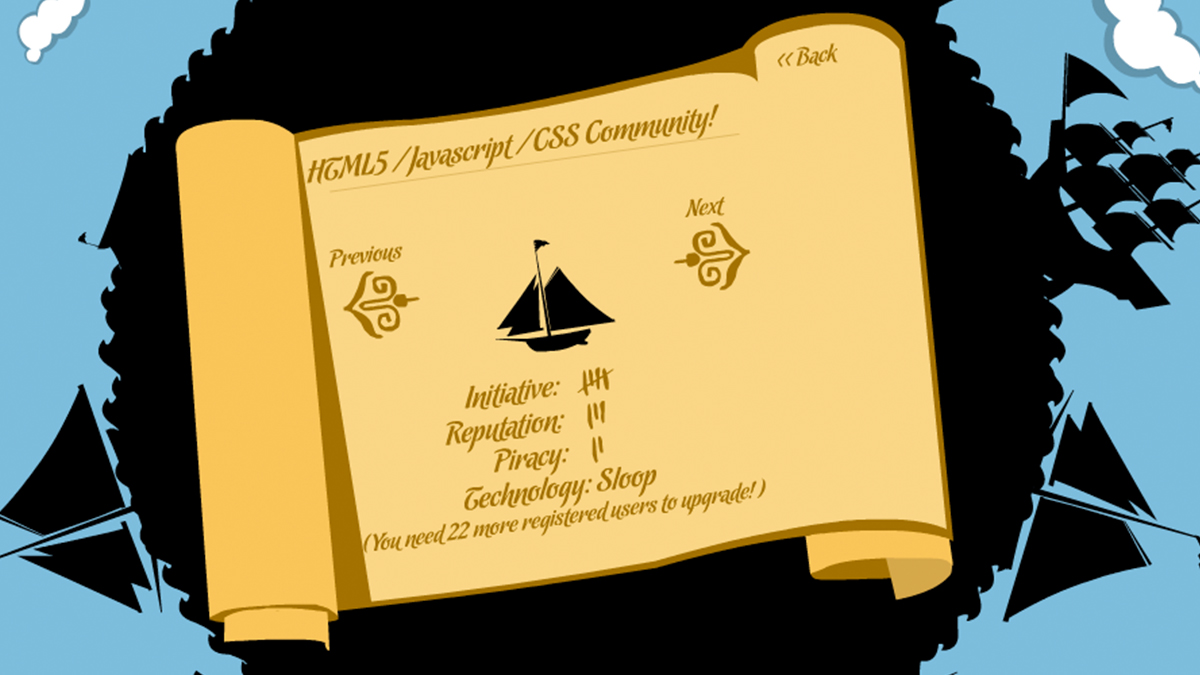 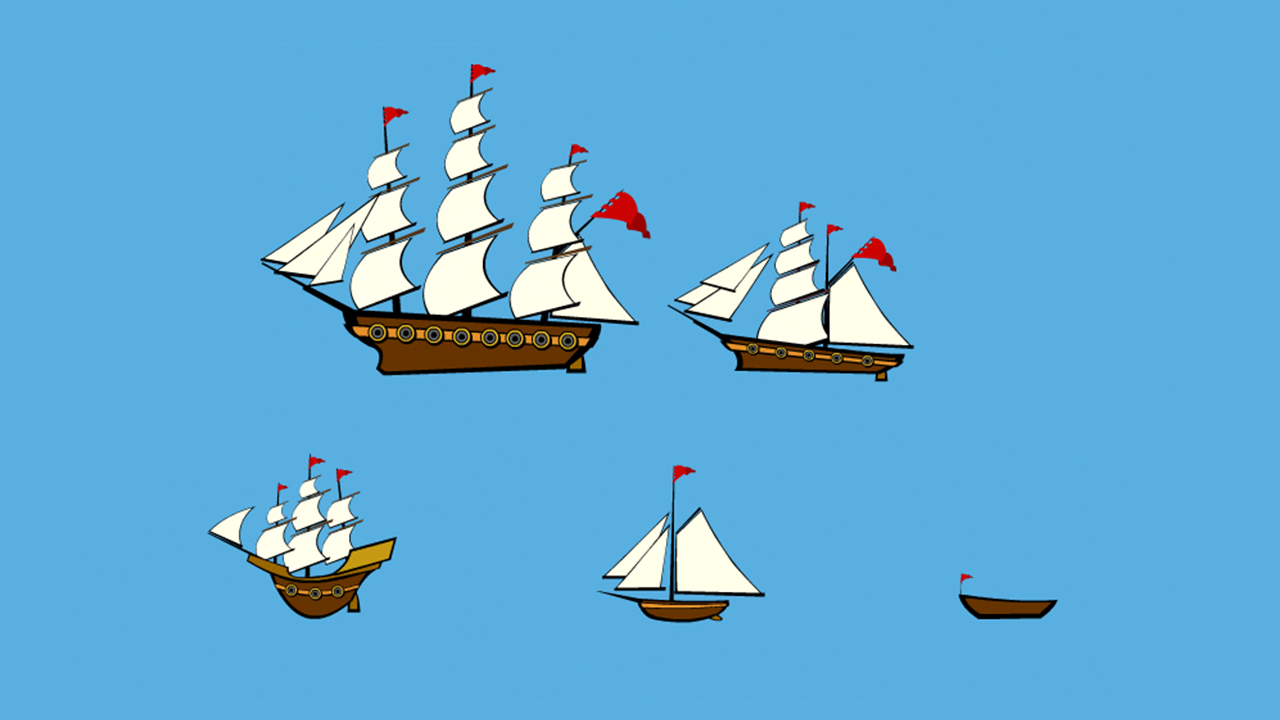 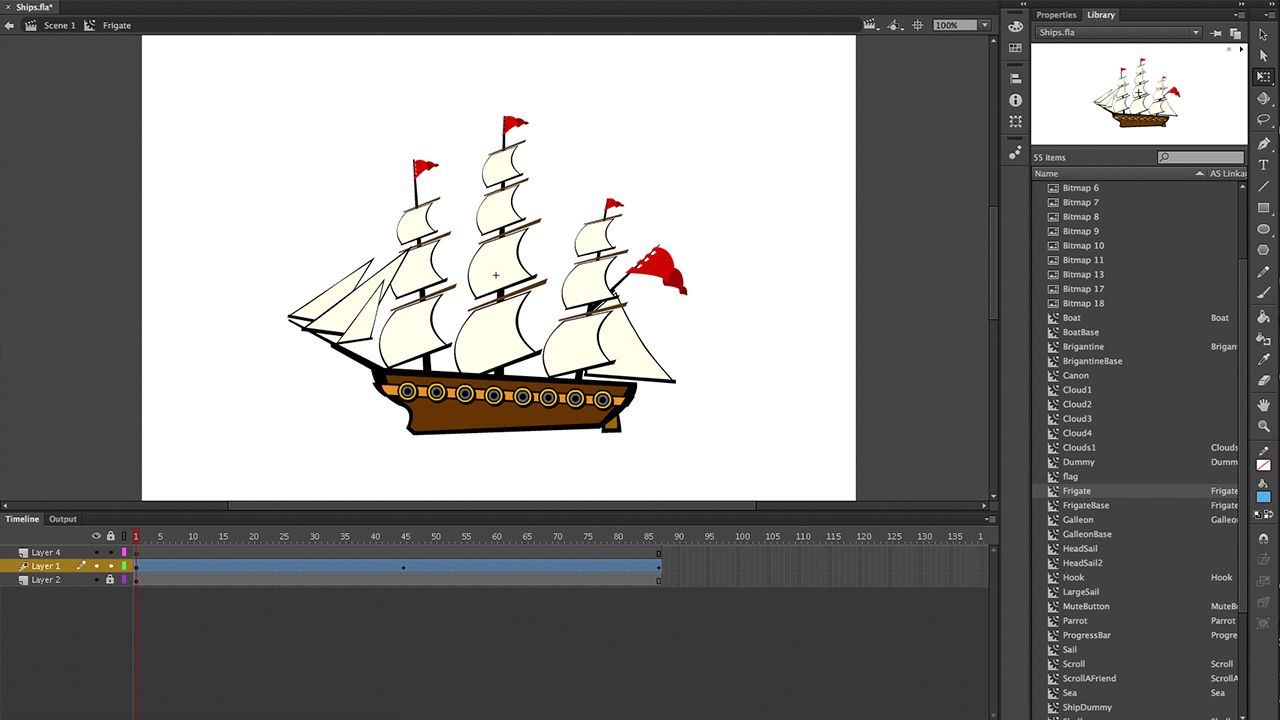