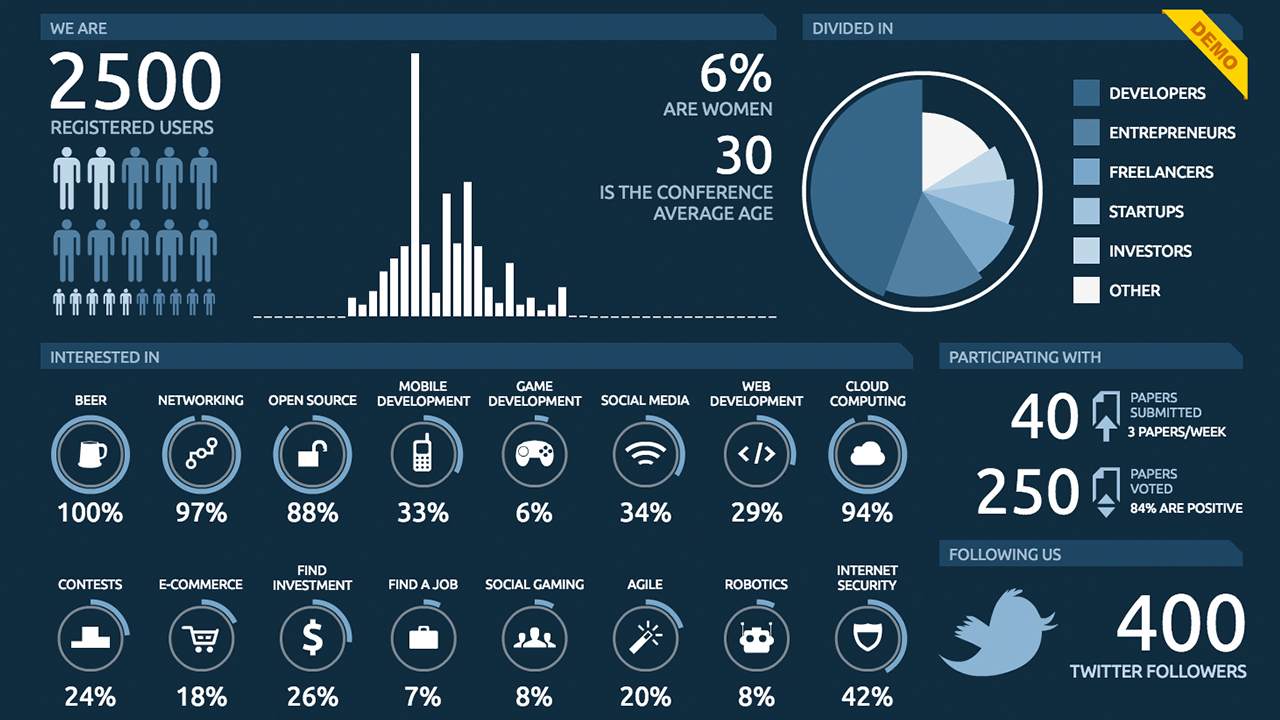 I like data visualisation. You can try to get information from big chunks of data, but nothing summarizes better than a nice graph showing a trend and then you can look at the details if you need more specific information

To be honest while preparing Barcelona Developers Conference 2011, I wasn't really sure about what direction the conference would go. Although the conference was announced to be generic and suited to any developer, I needed a way to know which profile was interested in the event, so we could focus on preparing better and more targeted content

This infographic was the medium where developers from all around the world (mainly from Europe) were asking what they wanted in the conference.

The main source of information was provided by registered developers. Every time someone registered to the platform, an extended form appeared asking them some questions

For the first edition we used Drupal as a Backend service, it already provided most of the functionality to add custom fields to the user profile, and also some interesting component such as the autocomplete field, to avoid redundant information in the database

Every time a user created or saved his profile a file was generated with all the data.

The most part of the development was done with Actionscript 3.0 and I created a different visualisation for each area. Some of that information also filled a Google Maps component showing the origin of the developers interested in the conference

In order to increase our critical mass, the infographic was not available to all users but only to the registered ones. Once they registered they could not only saw the real information but also it was updating in real time using a backend framework based on Comet technology